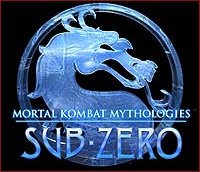 Long ago, (before the events that took place in original Mortal Kombat) the Lin Kuei were hired by the sorcerer Quan Chi to steal a map of elements from a Shaolin Temple. The Grandmaster sent his most cunning assassin, Sub-Zero, to do the job. Battling through the Shaolin monks who guarded the map, Sub-Zero reached the map room and was accosted by his rival, Scorpion. In a grueling battle, Sub-Zero mercilessly killed Scorpion and escaped the temple with the map. Back at the headquarters of the Lin Kuei, Sub-Zero delivered the map to Quan Chi, who had repaid the Lin Kuei by eliminating all the members of Scorpion's ninja clan the Shirai Ryu, the Lin Kuei's rival clan. Quan Chi also revealed he had hired Scorpion in case Sub-Zero has failed his mission, something that did not settle well with Sub-Zero. Retaining the Lin Kuei's services, Quan Chi had Sub-Zero follow the map to the Temple of Elements, where an amulet of "sentimental value" was resting.

Retrieved from "https://mortalkombatcenter.fandom.com/wiki/Mortal_Kombat_Mythologies:_Sub-Zero?oldid=5582"
Community content is available under CC-BY-SA unless otherwise noted.